What is an Amoxicillin Rash?

Amoxicillin Rash is the presence of red or white swellings on the skin as a reaction to the intake of amoxicillin drugs, which are used to treat bacterial infections such as pneumonia, urinary tract infections and bronchitis.

It is common to have a mild rash on the skin for a few days as a side effect of the drug but sometimes it could be a life threat which requires quick medical attention. Although adults react to amoxicillin, children are the common victims of this rash. 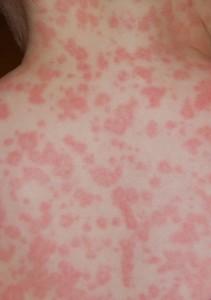 Having this rash may be due to an allergic reaction or just a mere side effect of amoxicillin drug. They are therefore classified into two main forms:

They are allergic amoxicillin rashes and are characterized by itchy red/ white pimple-like spots on the skin. Their appearance may be realized not long after the first or second amoxicillin dosage and can first be spotted on the groin or finger tips after which they spread to the rest of the body.

Alongside these rashes may be symptoms such as breathing problems, wheezing, vomiting, collapse and swelling around the face or lips. These rashes can be very dangerous especially when a severe allergic reaction referred to as ‘anaphylactic reaction’ is formed since it is in relation these symptoms.

Mononucleosis victims are the commonly affected by this rash and it occurs in rare cases. Unlike hives, this particular rash does not have serious symptoms alongside its occurrence.

Use of amoxicillin can lead to development of rashes as a result of an allergic reaction. These rashes are:

It is usually serious and characterized by severe itchiness. In most cases, only a part of the body can be affected by this rash but the probability of it spreading to the rest of the body is very high.

This rash develops when amoxicillin comes into reaction with symptoms such as breathing difficulties and wheezing which may result in severe respiratory issues. Its effects can be fatal and hence patients are advised to seek medication as soon as possible.

It also has a potential of causing Stevens-Johnson syndrome, especially when the rashes excessively redden and form blisters contributing to sloughing of the skin.

They contain pus and are very painful and form along the hair follicles resulting in furuncles.

When they occur, they result in the skin becoming very red and sometimes may look discoloured. Continued scratching on the affected area due to their itchiness may lead to bruises on the skin.

This antibiotic does not only result in rashes, there are also other effects associated with the use of the drug which are equally important. They include;

It is important to check for such symptoms if you or your child is under amoxicillin prescription and report to your doctor in case you experience any of them. Seizures, colitis and jaundice could be serious and dangerous if immediate action is not taken.

Right Time to Visit a Doctor

It is important to call or rush to the nearest medical facility for help if you see these signs in your child or yourself;

Treatment can only be after determining whether the rash is allergic or non-allergic. It is therefore a requirement to explain to your doctor about the rash to help him or her decide what type of treatment to prescribe. This is what your doctor should know; 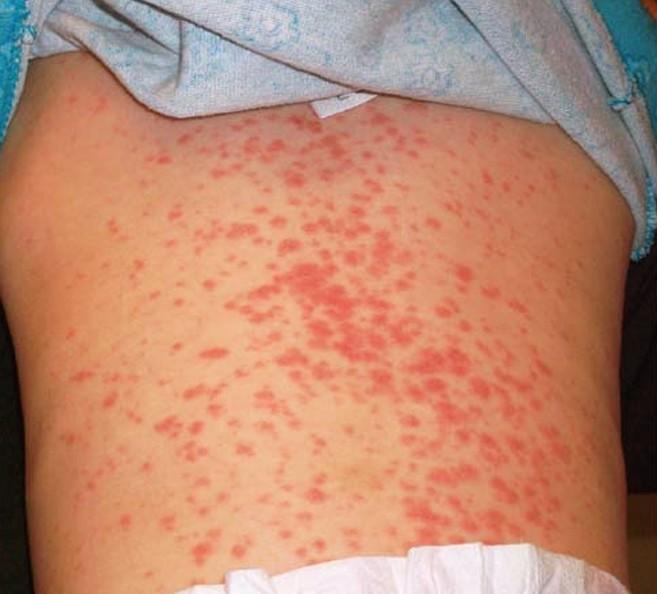 The doctor can then prescribe treatment differently for hives and Maculo-papular rash.

It is easy to prevent the disease from occurring by: